​Without the charity and law practice the Centre for Criminal Appeals, and its inspirational leader Emily Bolton, we simply wouldn’t be where we are right now.

Emily is a tenacious lawyer who has devoted her career - here, and in the United States - fighting for justice for people betrayed by the system. She previously worked in the Deep South founding Innocence Project New Orleans, which has secured the release of 38 innocent prisoners to date. Emily returned to the UK and founded the Centre for Criminal Appeals,  as a law practice and charity dedicated to fighting miscarriages of justice and demanding reform.

Emily was first alerted to the case by journalist David Rose, who has written about it in the Mail on Sunday. She agreed to take on the appeal after examining the case documentation in detail and realising that the prosecution theory simply did not make sense.  Her outsider's perspective and her miscarriage of justice expertise has meant we have been able to access information we never knew existed - and never realised we had a legal right to see.

Emily and case investigator James Burley at the Centre have amassed a team of experts and advisors to explore the evidence in the case and spent hundreds of hours analysing the evidence, talking to experts, counsel and witnesses and meeting with the prisoners and us, their families, to make sure that the men have the best possible chance in the Court of Appeal. Legal aid pays for only a fraction of the work Emily's team have done on the case, and without the pro bono efforts of the experts, counsel, journalists and volunteers involved, we would never have got to the bottom of the evidence in this case.

We are so proud to have Emily on board and would urge anyone who is concerned about our legal system - and miscarriages of justice - to visit her charity's website and make a donation: 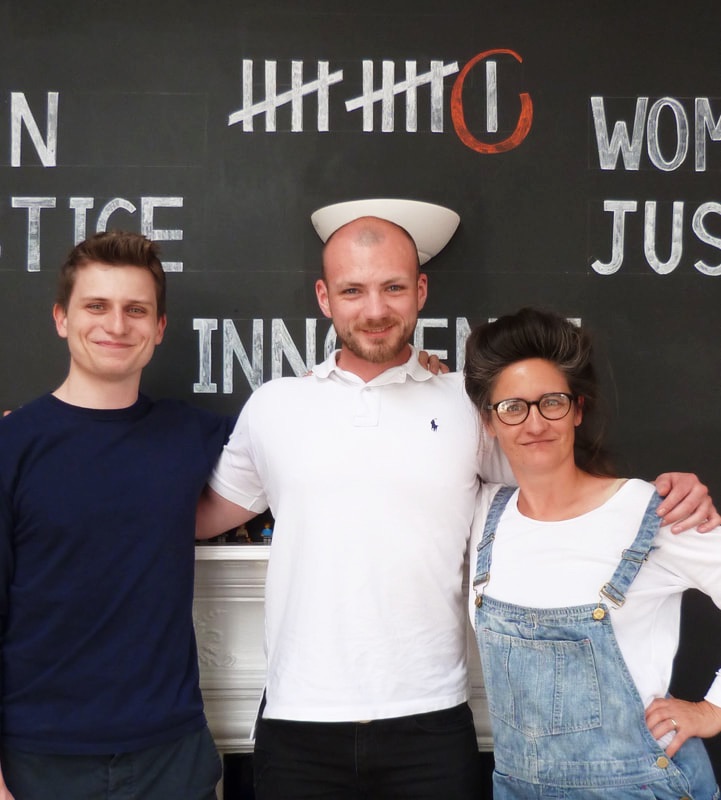