The true story of five innocent men imprisoned for a crime they didn’t commit.

WHO ELSE WAS ON THE GALWAD? - “Jamie employed casual crew from all over the world”

Alongside Jamie on that fateful trip were his two regular crewmen, Dan Payne and Scott Birtwistle. Birtwistle was only 17 but Jamie could already recognise in Scott the same intrinsic passion for fishing.
​
They were joined by a newcomer, Zoran Dresic (or ‘Vic’ as he was known to the crew that day). He’d come over from Montenegro looking for casual work and, just like Jamie, had a wife and three kids back home. Jamie always found it hard recruiting casual labour and was used to employing extra crew from all over the world.

In fact, Vic might have missed the trip completely - had one Jamie’s best pals not helped out. Jamie was meant to have collected his new crewmate from the Southsea hovercraft terminal but was running late. His friend, local scaffolder Jon Beere, came to the rescue, though, and agreed to get Vic and bring him over to the island. Surprisingly, the Montenegrin turned up with two other men - one a translator as Vic spoke little English - and they eventually met up with Jamie at an Isle of Wight pub, where they discussed wages and how much work would be available.

WHAT STARTED TO GO WRONG? - “As the weather worsened, Vic became seriously ill"

Jamie headed out at 16:30 on a Saturday afternoon but as the Galwad pulled clear of the Solent, the weather steadily worsened. Jamie wanted to pick up some pots and shoot a new string about 35 miles out in the mid Channel. He told his crew to get some kip until they arrived - but problems were already mounting. Vic was becoming increasingly seasick and his condition deteriorated alarmingly the further out they went - and the wilder the weather became.
​
By the time they reached the pots, Vic was out for the count, either throwing up violently outside, or sitting miserable and immobile in the galley. Dan and Scott had to do all the hard graft themselves, dragging up and emptying the pots before putting the new ones back into the water. Jamie, meanwhile, was struggling to keep the Galwad steady as waves started crashing all over the boat.

WHERE DID THE GALWAD HEAD FOR NEXT? - “Jamie knew where he'd find untapped sources of crab & lobster"

Once this work was completed, Jamie set off for the shipping lanes. This is like an M25 of the seas - with a West and East lane, each one full of huge cargo ships ploughing towards Europe, or heading the other way towards the American continent.

In between the lanes is the equivalent of a giant central reservation, about five miles across, which Jamie knew could be an untapped source for lobster and crab. He’d installed an electronic Olex machine on the Galwad, which would let him map the seabed below so he could look for any promising ridges to explore for fishing.

WHEN DID THE GALWAD TURN AROUND? - "Jamie decided enough was enough"

The weather was getting worse, however, and by midnight it had turned into a serious storm. If that wasn’t bad enough, Vic was getting increasingly desperate and ill, and clearly wanted out of the fishing game.

As they approached the shipping lane, Jamie was under siege, trying to contend with the wild waves, keeping an eye on his Olex machine as it mapped the seabed, making sure he kept away from the cargo ships barely visible against the pitch-black sky outside - and worrying about Vic.

Eventually Jamie decided enough was enough, turned and headed back to what he hoped might be calmer waters.

HOW DID THE POLICE BECOME INVOLVED? - “Their spy boat was watching for drugs to be dropped" 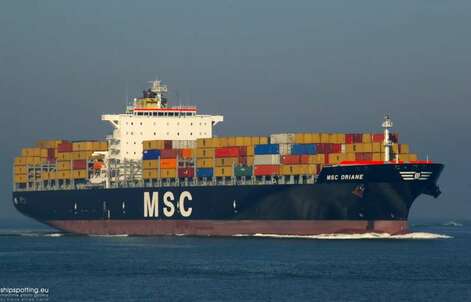 Unbeknown to Jamie, a huge police drugs operation had been launched that weekend, called Operation Disorient. The Serious Crime Agency (SOCA) had received information that a cargo ship coming from Brazil - the Oriane - was carrying cocaine and that bags would be thrown overboard at some point.

The police even had their own spy boat out in the Channel - the cutter, Vigilant - and it was watching the Oriane’s every move as it ploughed up the Channel.

Unaware of any of this, Jamie headed slowly back to the Isle of Wight, mapping more stretches of the seabed and stopping to retrieve some more pots on the way. Around 3.45am, the Galwad was spotted for the first time and a surveillance plane took some photographs. All it recorded was the men - clearly fishing.

DID THE GALWAD GO STRAIGHT BACK TO YARMOUTH? - “Mackereling on the way home"

No. Jamie headed slowly back and, around 6.45pm, he stopped off near Freshwater - by Tennyson Down - to do a bit of mackereling. That simply involved gently drifting up and down with the tide for a short while. The Galwad stayed about a quarter of a mile from shore because Jamie knew the seabed rose sharply with jagged rocks that could tear his boat apart.

By the time they headed back to Yarmouth, it was a sunny, clear Bank Holiday evening.

The men moored in their usual spot at Yarmouth harbour, and Jamie drove off to see his wife - and then a mate at a pub in Freshwater. Along the way, he got a call from his family’s restaurant - Salty’s - at Yarmouth harbour. They needed some fresh lobsters, so Jamie headed back to the quay to make sure Scott got some good ones out of the fish pens he kept dangling in the harbour.

WHEN WERE THE MEN ARRESTED? - “Jamie was ​grappled to the floor by SOCA officers"

Once the lobsters had been selected, Scott headed off to Salty’s while Jamie and Dan walked back down the quay. Suddenly a group of 12 plain-clothed policemen appeared from nowhere, grappled Jamie and Dan to the ground and handcuffed them. They pulled Vic out of a Dan's car where he was waiting for a lift. All three men were arrested.  “We’re SOCA and you’re under arrest for importing Class-A drugs.”

Jamie was dragged off to a nearby police car and watched in disbelief as police swarmed all over the Galwad, looking for any signs of drugs.

Jamie then taken off on the midnight ferry to Fareham Police Station and was left to sit in the cells for 16 hours, staggered and bemused and utterly unaware of what was going on behind the scenes: a crime was being hatched, but not by drug smugglers, but by the very people who are supposed to stop them.

WHAT DID THE POLICE SAY TRIGGERED THE ARRESTS? - "Two officers were watching from the clifftops"

The police case was that at the moment when the Jamie's fishing boat had been mackereling at Freshwater, two Hants police officers had been observing from the cliffs above, near the well-known beauty spot of Tennyson Monument.

These two officers said that they had been ordered to look out for the Galwad and report back if they saw anything unusual. At 6.53pm a police surveillance log records that they radioed in to say they’d just seen ‘6 or 7 items’ going into the water, when the fishing boat was about a quarter of a mile from shore.

A few minutes later, we are expected to believe that both officers left the scene and nothing more was done about these "6 or 7 items".

That's right, in the middle of a massive drugs operation, two officers ordered to watch the Galwad radioed in to report that they'd just seen items thrown overboard - but the police did absolutely nothing about it.......... Is this for real?

Are we to seriously believe they didn't immediately send in a boat to investigate, or get a surveillance plane to fly over there and then to photograph whatever was in the water? They just left any items and thought no more about it?

Several former drugs operations officers have said that this beggars belief.  The trial judge described it as "extraordinary."

SO WHERE WERE THE DRUGS? - “There wasn't a single trace of cocaine on the Galwad"

The morning after the arrests, the police have stated that a local fisherman went to his lobster pots at Tennyson and found 11 holdalls entangled in his lobster pot lines. The bags were attached to a long rope with a bright red buoy at one end and an enormous makeshift anchor at the other.

Records state that he opened one of the bags, discovered white powder and immediately alerted the coastguard.

The police suddenly had a dilemma. They had Jamie, Dan and Vic in the cells at Fareham, they had drugs in 11 holdalls at in Freshwater Bay, but they hadn't got a single trace of drug trafficking on Jamie’s boat whatsoever.

HOW DID THE POLICE CONNECT THE DRUGS TO JAMIE AND THE CREW? - “The officers didn't attend the de-brief"

Initially, they couldn’t make a connection.

The day after the arrests, immediately after the drugs were discovered, the police assembled for a de-brief at a local hotel so everyone involved in Operation Disorient could discuss what they’d seen, compare notes and correct any inaccuracies in their reports and logs. This ‘debrief’ is an extremely important procedure and is governed by strict guidelines on how alterations are made, and how they must be dated and signed.

However, the two clifftop officers we are supposed to believe had such a crucial role were not invited to attend - even though their observation about the "6-7 items" was probably the single most-important one of the weekend - if it were true.

WHAT HAPPENED? - “The officers changed their observations in the back of a surveillance commander's car"

Instead, immediately after the debrief, the two Hants officers were asked to meet one of Operation Disorient’s top officers in his private car down a side street near the chainlink ferry at Cowes.

As they sat in the back of their commanding officer’s car, the two clifftop officers altered what they'd radioed over and gave a completely different account of what they’d originally reported seeing. Their new statement matched exactly what had been discovered eariler in Freshwater Bay.

WHAT THEY CHANGED IT TO: “The items appeared to be dark in colour and approximately the size of a large holdall. They were tied together on a line and were dispatched from the boat one after another, totally 10-12. The last item was a red floating buoy."

Pictured below are images of 'Montana Wind' bags, exactly the same as the ones containing the drugs. Five were silver, three were green and three were red. 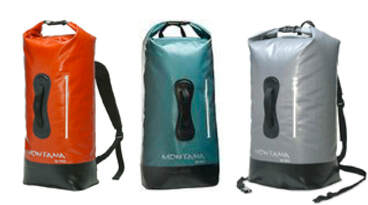 DID THE POLICE CHANGE ANYTHING ELSE? - “Seven and 10 can sound the same on a fuzzy radio"

Yes. The Galwad hadn’t been a quarter of a mile from the shore, after all. It was now described as being just 100 metres from the cliffs - and thus much closer to the drugs discovery location.

The police loggist - who supposedly had written down what the two officers had initially reported seeing from the clifftop - said she must have ‘misheard’ what they’d said. “Seven and 10 can sound the same on a fuzzy radio,” she explained.

The die was cast. Jamie and his crew could now be charged with importing a record haul of drugs into the country - £53million worth of high-purity cocaine.

Now read what happened at their trial….