QUESTION: HOW CAN OUR MEN STILL BE IN PRISON WHEN TWO KEY OFFICERS BENT OBSERVATION LOGS IN ANOTHER CASE?

It’s arguably one of the most shameful moments in this entire miscarriage of justice. Two of the prosecution’s key police witnesses were dramatically discredited in a similar drugs case. Their behaviour was so shocking, an Appeal Court judge actually warned they may have behaved the same way in our case. 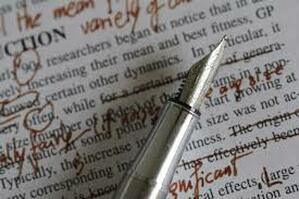 WHO ARE THESE OFFICERS?

1...The surveillance commander who asked the two clifftop police spotters to meet in his car and stayed with them as they amended their log entries

2.…The loggist who said she may have "misheard" the observations reported over the radio.

WHAT WAS THE OTHER CASE?

Again, a drugs trial. Alexander McGuffie was one of five convicted of importing cocaine - after a junior officer spent time in a car with the same surveillance commander from the Freshwater case.

The junior amended a log to say he saw a woman - who was carrying the drugs -  look at McGuffie as he stood in the arrivals' hall at Gatwick and pump her fist in a "job-done" gesture.


HOW IS THIS RELEVANT TO OUR CASE?

McGuffie appealed and the judge condemned both officers for breaking rules. He then expressed concern they may have done the same in our case, saying:

"there is a sustainable basis for a court to conclude that [the surveillance commander] had taken steps to persuade two local officers to give false observation evidence that linked the fishing boat with the holdalls that were later discovered." 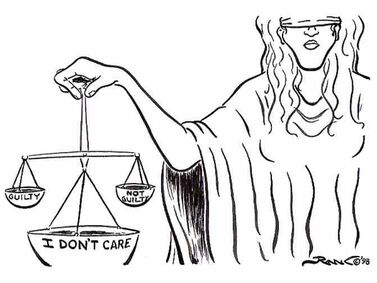 We applied to the Criminal Cases Review Commission.

In October 2014 our application was submitted to the Criminal Cases Review Commission (CCRC), the public body that acts as a gatekeeper to the Court of Appeal asking it to use its special powers to seize and examine the police files that we believed would prove the misconduct had taken place.

But instead of reinvestigating our case we discovered that the CCRC, choose instead to just have a couple of cosy chats with the very officers we suspect of being at the core of the conspiracy to pervert the course of justice.​

The CCRC spent four long years sitting on our case before reaching its dicision. Incredibly, they then dismissed all the other police errors and cover ups and changed statements, ignoring the Judge's comments.

Their decision stank. It was the system looking after itself and keeping anything unpleasant out of sight. But what the CCRC didn't understand was that we were never going to give up, or put up with an inadequate investigation........


We have now uncovered phenomenally-powerful evidence that is right now before a Court of Appeal judge….