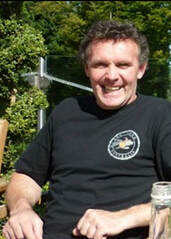 fisherman  -   family man  -  football fanatic
​
Jamie, happily married to Nikki for 26 years before her untimely death from cancer. Father to Maisy, Poppy and Jesse.  Passionate about fishing and his beloved Manchester United.  An Island boy who grew up and remained on the Isle of Wight to run his crab and lobster fishing business.

Jamie had been running his own fishing boat for 20 years and had expanded the business with Nikki to supplying many London Restaurants and fishmongers directly with this catch, as well as exporting to Spain and France.   He had just reached a new goal of owning a larger boat that enabled him to stay at sea for longer periods of time, to build stocks before returning to Yarmouth, to unload. Unfortunately, due to his arrest he has never had the chance to run his new boat properly.  She is the boat in the logo for the campaign, her official title being SU116.
​ 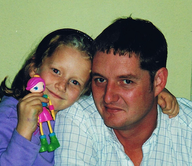 Jon, or Beerey as he’s known to most people is married to Sue, they were childhood sweethearts. He is Dad to 3 children; Elle, Maisie and Flynn. He is also Grandad (Jonny Gramps) to Willow . Always a lover of the great outdoors, Formula1 motor racing was Jon’s real passion - he watched every race of the season idealy in the local pub with his mates on Saturday and Sunday lunchtimes!

Jon started out as a Commercial vehicle mechanic which stood him in good stead for later when he bought RGM Scaffold in 2001. Jon worked across the Island as well as on the Mainland, and would be out ‘on the tools’ with the lads whatever the weather. Another love was to go camping – generally staying locally on the Island as he would then be able to go to work and return in the evening after work! He spent hours collecting Mussels and cooking them over the camping stove, getting everyone up early when the tide was right to go and pick them, even though he’s the only one who would eat them! 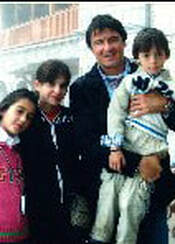 Zoran is married to Marina and they have 3 children.  Up until his arrest they had spent longer together than apart in their lives.

Marina is a vet and both her and Zoran both love animals, particularly dogs.  Marina tells us that Zoran is an excellent husband Father and he is dedicated to his family.  He came to the UK to work to earn some extra money to send home.  His children miss him very much, are are hoping he will be home soon.  Marina says "our family is our World and with out Zoran we are incomplete"
​Zoran was retried and re-sentenced for this crime in Montenegro as part of his repatriation process, he finally returned to Montenegro to be closer to his family approx 4 years after conviction. 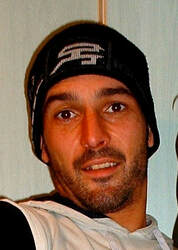 Daniel is a keep fit enthusiast and spent a great deal of time pursuing activities such as kick boxing, surfing and snow boarding. His main hobby however was fishing and took every opportunity to go sea angling. Daniel worked in the building trade prior to arrest.

Dan adopted a rescue dog from the RSPCA, a Boxer cross who Daniel named Bozo. He was very attached to this dog and took her everywhere with him when he was working on the building sites and on training runs.  If the work in the building trade fell off, Daniel would work for Jamie on a casual basis, particularly if Jamie was short handed for crew. (Bozo had to stay behind!)  Jamie and Daniel had worked together on and off for 10 years or more and they enjoyed the comradeship that working together provided.  Daniel has very close family ties with his parents and brother and has made many friends on the Isle of Wight.
​ 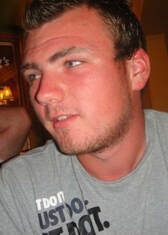 'Scotty the Fisherholic' whose passion for fishing was only matched by Jamie's. A role model and great friend of Jamie's son Jesse, who is now a a crab boat skipper in the North Sea. Son to Simon & Sharon and brother to Shannon who all deeply missed him and his infectious character.

​His laid back, loveable nature was adored by all his friends in Selsey and on the Isle Of Wight. When back on land he liked to be behind the wheel of his car, in front of his Playstation, shooting his air rifle and making up pots or rod and lining, and if he was not doing any of these you'd find him in the pub having a beer or three with friends and crew (usually Jamie's excuse for being in the pub). Scotty was a great young lad whose life was just starting when arrested.

Scott was released in 2018, having served his sentence. Scott is still fighting to prove his innocence and gave an interview to BBC's Victoria Derbyshire programme about the case. 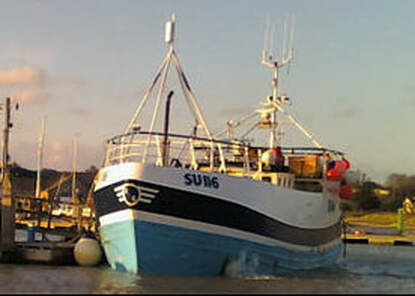