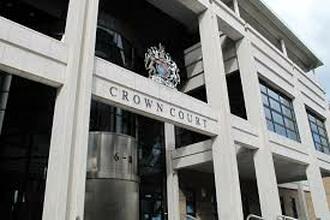 ​
….First, the police ensured that the case was heard many miles away from the sea. Had the case been heard in a coastal town, jurors might have had some understanding of marine navigation, the Channel, the capabilities of small and large vessels and sea conditions.

​Instead, the trial was held at Kingston upon Thames Crown Court in leafy Surrey, right on SOCA's home turf.
​

​…. Confidently announced the two boats had definitely crossed tracks because he'd studied the AIS data for the container ship's voyage and compared it to a  track for the fishing boat derived from Jamie' Olex device - which had recorded his whole voyage.

This expert told the court there would have been  a three-minute window of opportunity in which the bags could have been picked up by the Galwad. Significantly, he never produced any data from the cargo ship itself to prove irrefutably what course it had steered, although his boss  had recommended this be done.

​He was also unable to explain how on earth Jamie’s crew could have scooped up the bags inside three minutes in a such atrocious weather conditions.

When asked direct questions about this he simply said 'anything was possible’.

​… Told the jury that they had seen the drugs thrown off the fishing boat and into Freshwater Bay.

They were challenged about why they'd amended their original report of this - but no expert in police operations was called to explain the real  implications of this.

Instead, defence barristers tried to convince the jury that the items the officers saw being thrown off the Galwad were the rubbish bags the men recalled having cleared off the decks on the home voyage at some point.
​

The loggist admitted her radio had mysteriously broken down…

….Every officer involved in Operation Disorient had to keep her updated constantly with any developments or sightings.  She was in constant communication with them and whatever she wrote down was expected to be a full and accurate account of any observations.

However, shortly after Jamie had entered the harbour to the time the men were arrested, she claimed that she failed to notice that her radio had inexplicably stopped working, she finally suspected something might be wrong when she had logged no communications for an hour and 40 minutes.

As a result, there was no contemporaneous logged account of the hour and 40 minutes before the arrests, a critical moment for the police.

The crew onboard the spy-boat, Vigilant, were never asked to explain....... 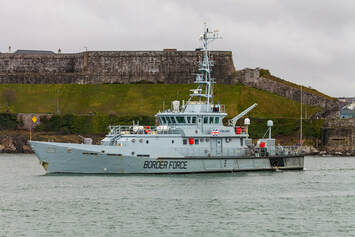 ​….Why they’d never spotted the Galwad go anywhere near the Oriane - even though it was their specific job to watch the cargo ship that night.

They were also never asked to explain the "spoiled" pages of the log that would have covered the exact period when Jamie was meant to have been picking up the bags.

The Vigilant crew also never had to explain why they never saw bags being thrown off the fishing boat into Freshwater Bay - even though they were watching its every move at that moment as well.

The police even managed to brush off the fact.......

​…That the Surveillance Management Record that should be relied on to prove where all the surveillance officers were at all times, and should have included the location of the clifftop officers, was BLANK with the exception of some signatures at the end.

​Even these signatures were misleading, giving an entirely false impression that the two Hants officers had actually attended the all-important SOCA de-brief.
​

Then there was the question of who'd masterminded the operation.......

​….After all, who had actually persuaded Jamie to gamble his life away, go out in his boat with his trusted crew and take on a mission to pick up drugs? The answer astounds all who know the people involved.

The man responsible, said the police, was Jamie's mate - the scaffold business owner, Jon Beere,   who had gone to pick up Vic and bring him over to the island.

There was absolutely no evidence for any of this - but that didn’t matter. The prosecution didn’t produce any phone records, emails, texts or any lines of communications whatsoever between Jon and whoever was supplying the drugs from abroad. He wasn’t even on the Galwad that night to oversee the operation he’d allegedly organised - and yet he was fingered as the Mr Big.
​

What about the mystery man in the public gallery.......

….Towards the end of the trial,family members voiced concerns about an unknown man who’d been sitting in the public gallery for the majority of the case. As with all court cases, there were moments when the jury were asked to leave so barristers could discuss sensitive issues with the judge - and yet the stranger along with others had remained in the court gallery throughout these periods.

Midway through the trial, the mystery man was seen walking away from court - hand in hand with one of the female jurors. Had he potentially passed on information to her that he’d been able to hear when the jurors had been asked to leave the courtroom? Concerned, the families informed the court clerk and the man was quizzed. He absolutely insisted he had no relationship with any of the jurors.
​

Despite everything, Jamie and his crew felt confident as the trial ended that justice would prevail.......

​…Surely everyone could see the prosecution’s account of what happened was impossible, absurd - especially in such atrocious weather conditions? How could anyone have possibly scooped up the drugs in that time, in such high seas?

When the police found the drugs in Freshwater Bay, it had taken them over an hour just to lift the holdalls out of the water - on a beautiful, calm, sunny Spring morning. All the bags were in perfect condition as well, not even misshapen or distorted, and yet they’d allegedly been thrown into a heaving sea off a gigantic cargo ship. It simply made no sense at all.

Judge Dodgson even gave cause for optimism when, during his summing up, he said the evidence of the two clifftop officers was ‘extraordinary’.

The men never saw what was coming. None of us did. The jury returned an 11-1 “guilty” verdict and on June 2, 2011 the following - devastating - sentences were handed out: